Contact US
Inspired Ecological Walks and Workshops
Drop into wonder.
Learn More Below 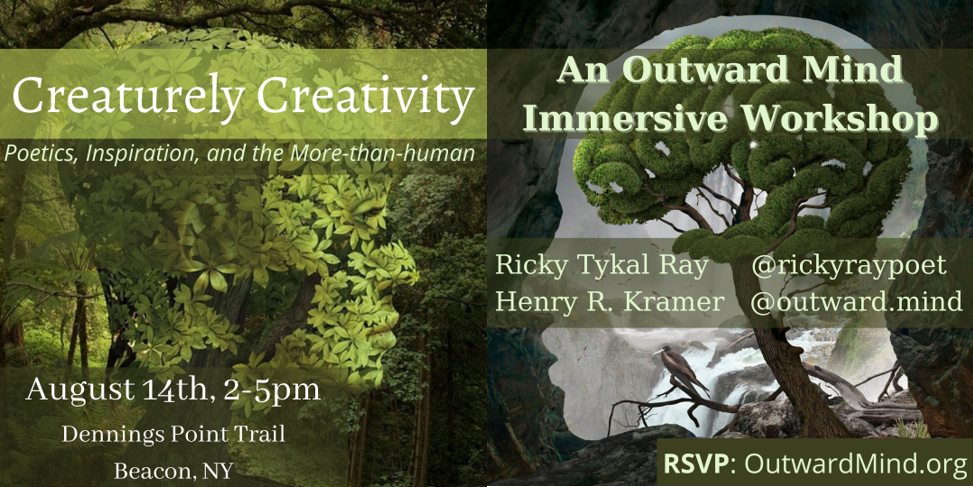 What if creativity is not the possession of a few special people?

What if it is, instead, a spontaneous and bountiful gift offered to each and every one of us?

And what if it is a chorus we can sing along with, as one voice among many in the vastly creative imagination of the Earth?

In this immersive guided walk, we will wander the more-than-human world with an eye for its creative expressiveness and an ear for its inherent music. Building on some ideas from May’s “Embodying Wonder” workshop, we will deepen our exploration of the Earth’s spontaneity – a quality recovered to our world when we begin to widen our senses in wonder and invitation. If you missed that workshop, now is an excellent time to jump in!

If that which we gaze at with wonder is allowed to be spontaneous (and thus to surprise us) isn’t it only right that it should also be creative? That it be permitted to inspire us with an unexpected stroke of genius – such as the genius of dragonfly wings, photosynthesis, and sky?

In allowing this widening, wondering creativity from the more-than-human world, we learn at the same time that we too are creat-ures– creaturely creatives capable of that same spontaneity; co-evolving collaborators in that endless improvised dance, that most ancient of epic poems, that canvas-of-all-color we call the World.

This workshop, like all Outward Mind workshops, will involve a blend of discussion and guided exercises to facilitate a deeper felt connection to the encompassing more-than-human Earth. Plus, each participant will leave with a poem that has bubbled up from the space between themselves and an earthly Other, or between the various layers of self - human, Earthly, and Universal (yet as we will learn, not all “poems” are in words).

Limited space!! RSVP on the Eventbrite here. Like all our events, we operate via suggested donations, and we won’t turn anyone away due to inability to pay. That being said, your generosity is enormously appreciated and allows us to keep doing this! Suggested donation is $40, please feel free to give more or less based on your comfort and capability. Also feel free to come first and gift us afterwards if the experience gifted you something 😊

Ricky Ray is a disabled poet, critic and eco-mystic who lives with his wife and his old brown dog in the old green hills of the Hudson Valley. He is the author of three collections of poetry: Fealty; Quiet, Grit, Glory; and The Sound of the Earth Singing to Herself. He was educated at Columbia University and Bennington College, and his awards include a Cormac McCarthy prize, a Ron McFarland Poetry Prize, a Zoeglossia fellowship and a Liam Rector fellowship. He lectures on poetry, animism and integral ecology, and can be found, virtually, at rickyray.earth.

Henry R. Kramer is an adjunct in the Religious Studies department at Hunter College as well as an enthusiastic musician, animist, and woods wanderer. His work – both academic and creative – has always emphasized eco-spirituality, environmental philosophy, imagination, wonder, and play. Henry holds two master’s degrees in Environmental Philosophy and Ecocritical Literature, as well as a bachelor’s degree in the Psychological Dimensions of Religion. He has experience leading Philosophy Walks as a fellow with the non-profit Merlin CCC, is a graduate of David Abram's Broken Bard School, and is the founder of Outward Mind.

10:30am-12pm
Fri April 22nd
‍
Join us on Earth Day morning for a river cleanup at Long Dock Park in Beacon (we're meeting at the Hudson River Expeditions pavilion)! We'll have bags, gloves, etc. Then come to lunch and the workshop after! Find the RSVP link here: 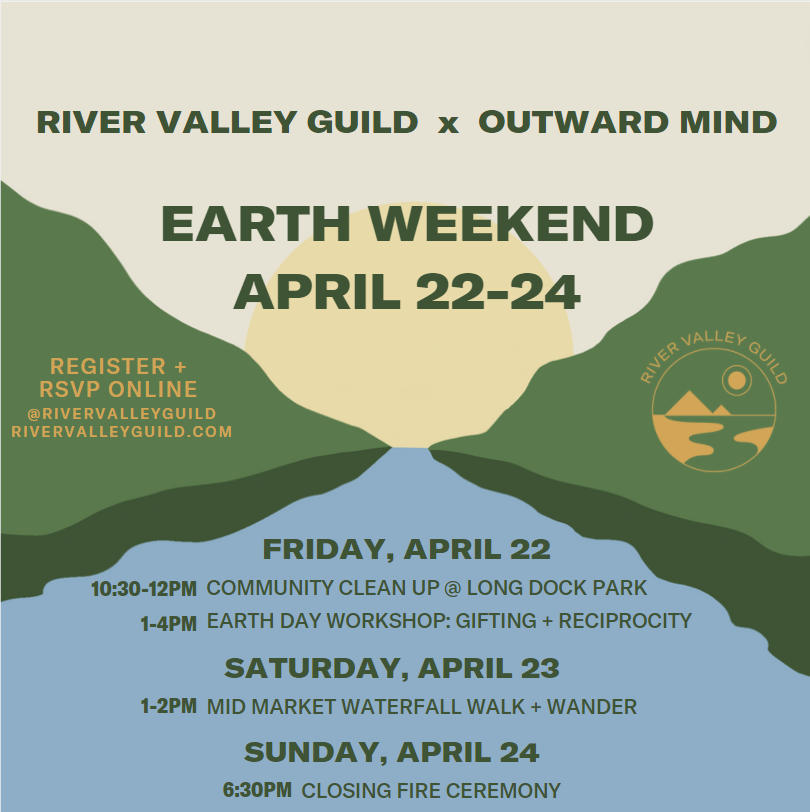 Outward Mind was founded by Henry Kramer to be a form of environmental activism with a focus on radical individual experience and felt connection to the more-than-human land. To expand our thinking, our imaginations, and our empathy. To find ourselves in the wild and the wild in ourselves. 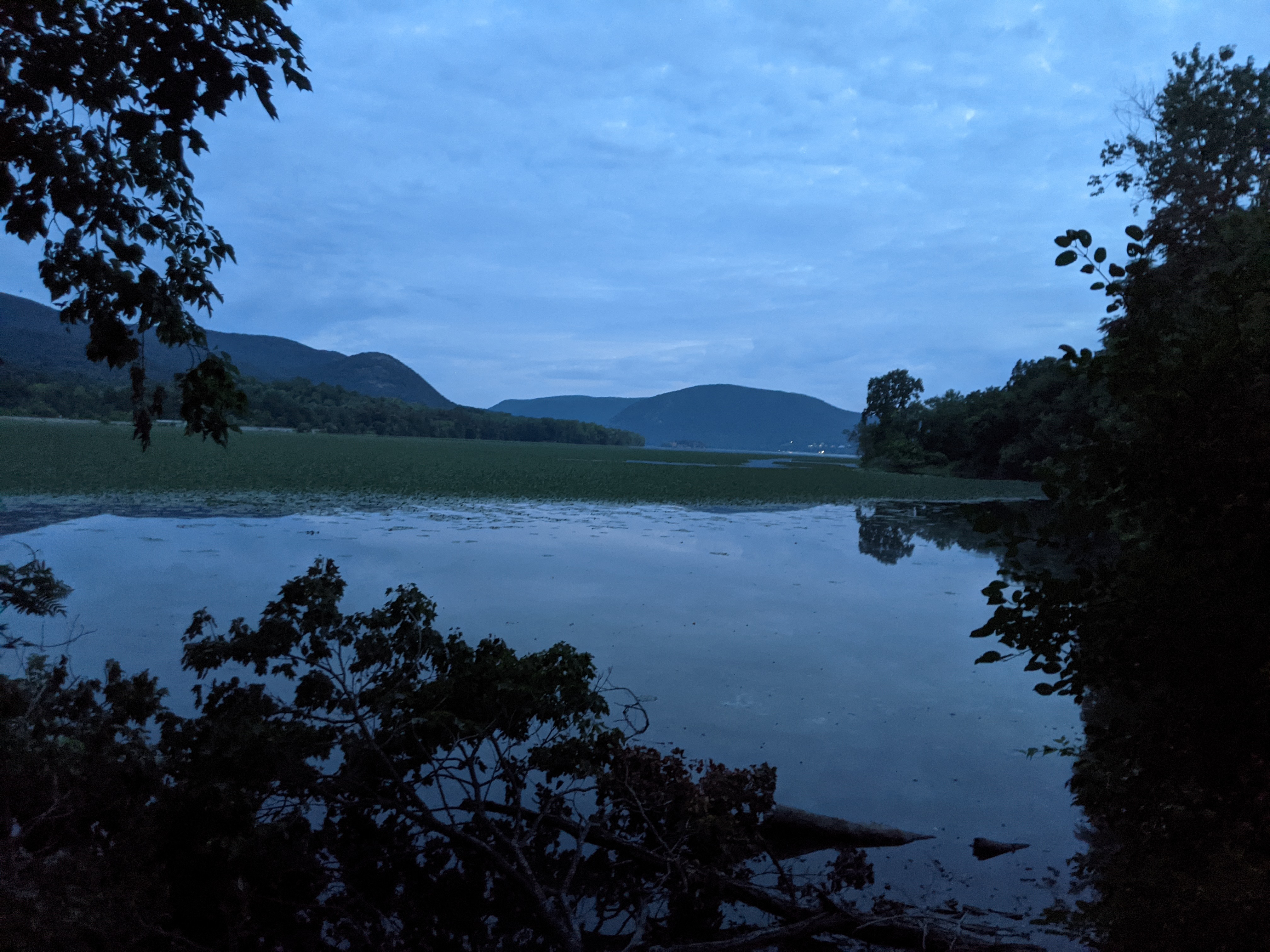